< Back to All News

Mission: Partnership Schools is dedicated to developing outstanding Catholic elementary schools that provide students from underserved communities with the academic preparation, values and skills they need to break the cycle of poverty and lead fulfilling, productive lives.

The Need: Over the last 20 years, more than 3,000 Catholic schools nationwide have closed, many in urban communities where strong schools are needed most. The Cleveland Diocese allowed New York City-based Partnership Schools, a school management organization (SMO), to preserve some of Cleveland’s finest Catholic academic institutions.

“We are working to ensure that Catholic schools can sustain their legacy of being one of the greatest engines of social and economic mobility that the United States has ever seen.”

In one year, Partnership Schools grew enrollment at Cleveland’s St. Thomas Aquinas by 50% and Archbishop Lyke by 30%.

What The Howley Foundation Funded:

The Howley Foundation served as the lead funder in bringing Partnership Schools to Cleveland and engaged other community leaders to raise the remainder of the $3 million needed to implement the Partnership model at Archbishop Lyke and St. Thomas Aquinas.

Why The Howley Foundation Funded This Work:

The Howley Foundation supports initiatives that emphasize character development and the formation of a strong moral compass, as well as those that grow and enhance school networks providing high-quality seats for students from low socioeconomic backgrounds.

A Bold Vision for Cleveland:

Fundamentals of Their Educational Approach: 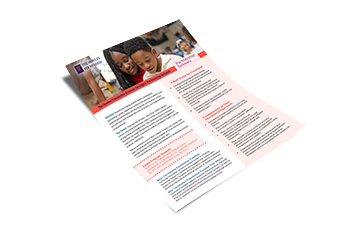